In contemporary fiction, gargoyles are commonly depicted as a distinct race, not just as a structural ornament. The typical fantasy Gargoyle is a (generally) winged humanoid race with demonic features (generally horns, a tail, talons, and may or may not have a beak). Gargoyles can generally use their wings to fly or glide, and, as a reference to their origins, are often depicted as having a rocky hide, or being capable of turning into stone in one way or another.

Gargoyles have featured in several works of fantasy fiction, such as Terry Pratchett's Discworld series (Discworld gargoyles) and the Dungeons & Dragons (D&D gargoyles) and Rifts role-playing games. Gargoyles are also the main characters in a Disney animated series and comic book, Gargoyles, and played a role in that company's adaptation of Victor Hugo's The Hunchback of Notre Dame. Actress Adrienne Barbeau played a violent gargoyle in the TV series Monsters. Actress Rae Dawn Chong played a gargoyle in human form in Tales from the Darkside: The Movie. This article is licensed under the GNU Free Documentation License. It uses material from the Wikipedia article "Gargoyles in fiction". This entry is a fragment of a larger work. Link may die if entry is finally removed or merged.

Women in the Tanakh are not the social or economic equals of men. At the time it was written, married women were largely subject to the wishes of their husbands, and unmarried women to the wishes of their fathers. For example, a woman needed consent from her father before she could take religious vows (Book of Numbers 30:3-5). This situation was roughly similar to that of women in the surrounding countries of the time.

Women were not considered mere possessions, however. The killing of a woman was considered murder, not theft. A wife could not be disposed of at her husband's whim, or divorced without reason. Women could own property, and a daughter could inherit her father's property (if there were no sons). They could engage in business and trade (Book of Proverbs chapter 31). Although there are frequent references in the Tanakh to a wife being traded in exchange for money or goods, this was not a simple commercial transaction. Rather, it was a gift to compensate the bride's family. Such gifts, called a dowry, are common in the Near East today. Arranged marriage was the norm for both sons and daughters (Genesis 21:21; Genesis 38:6; Book of Judges 1:12,13) although the bride was sometimes asked for her consent (Genesis 24:58) and sometimes the son chose a wife for himself (Genesis 34:4). This article is licensed under the GNU Free Documentation License. It uses material from the Wikipedia article "Hebrew Bible views on women". This entry is a fragment of a larger work. Link may die if entry is finally removed or merged. 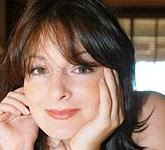 Lorna Morgan (born February 13, 1976) is an adult model from Cardiff, Wales. Modelling is not her primary employment, but it provides her with a substantial income. She left school with A levels and then studied acting for 2 more years for an OND which she achieved with distinction. This article is licensed under the GNU Free Documentation License. It uses material from the Wikipedia article "Lorna Morgan". This entry is a fragment of a larger work. Link may die if entry is finally removed or merged.
# posted by Cliff Pickover @ 1:12 PM 1 comments

Richard C. Hoagland (born April 25, 1945) is a proponent of fringe theories on astronomical topics, as well as a number of conspiracy theories connected to the space program. His major focus is on previous advanced civilizations in the solar system, in particular on Mars and the Moon. His theories are not supported by the scientific community. He believes that the Face on Mars is an artificial construct. This article is licensed under the GNU Free Documentation License. It uses material from the Wikipedia article "Richard C. Hoagland". This entry is a fragment of a larger work. Link may die if entry is finally removed or merged.

Pope Joan is the name of a female pope who may have reigned from 853 to 855, based on a legend that circulated in the Middle Ages. Pope Joan is regarded by most historians as fictitious, possibly originating as an anti-papal satire.

References in popular culture: The Greek writer Emmanouel Rhoides wrote in the 1860's a book called Papissa Ioanna (The Popess Joane. A film Pope Joan was released in 1972 with Liv Ullmann as Joan. A new German film is scheduled for a 2008 release. Diane Sawyer of ABC News conducted an interview for Primetime Live with Donna Woolfolk Cross, author of the book Pope Joan, to discuss the evidence for and against Joan's existence. This article is licensed under the GNU Free Documentation License. It uses material from the Wikipedia article "Pope Joan in popular culture". This entry is a fragment of a larger work. Link may die if entry is finally removed or merged.
# posted by Cliff Pickover @ 6:00 AM 0 comments