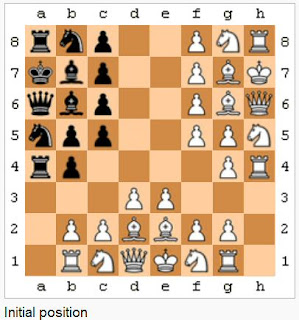 Pip's Three-Handed Chess is a chess variant for three players played using a standard square chess board. It is played as a series of at least two games, in which the winner is the first player to mate each opponent in a game.

Standard chess rules apply, with the following exceptions or clarifications:

This article is licensed under the GNU Free Documentation License. It uses material from the Wikipedia article "Pip's Three-Handed Chess". This entry is a fragment of a larger work. Link may die if entry is finally removed or merged.